As the two-week lockdown imposed on the Federal Capital Territory (FCT), Abuja, Lagos and Ogun states by President Muhammadu Buhari expires today, the nation awaits the next move of the president on COVID-19 Regulations 2020 he handed down effective from March 30, pursuant to Sections 2, 3 and 4 of the Quarantine Act (CAP Q2 LFN 2004).

His Senior Special Assistant on Media and Publicity, Mr. Garba Shehu, had said on Saturday that the lockdown would subsist for as long as necessary.

But lawyers, who spoke source last night, said the regulations being based on a law would have to be reviewed by the president through an amendment to the proclamation he made on March 30, specifying clearly the number of days the lockdown would be extended.
Source presidency sources said yesterday that the president was considering the interim report of the Presidential Task Force, which reportedly recommended an extension by 14 days.

While the president ponders on the likely extension of the lockdown, the Nigerian Medical Association (NMA) and the federal government would this week come to a compromise on insurance package and other incentives for doctors fighting COVID-19 in Nigeria.

This was coming as the number of confirmed cases rose by five bringing the tally to 323 with 85 discharged and 10 dead.

Lagos State Government yesterday discharged five more COVID-19 patients from its isolation centres, bringing to 55 the total number of successfully managed cases in the state. The FCT and Osun State follow with 11; Oyo, four; Ogun, two; and Ekiti, one.
The dead are spread over Lagos with five; FCT two; Edo one; Delta one; and Katsina one. 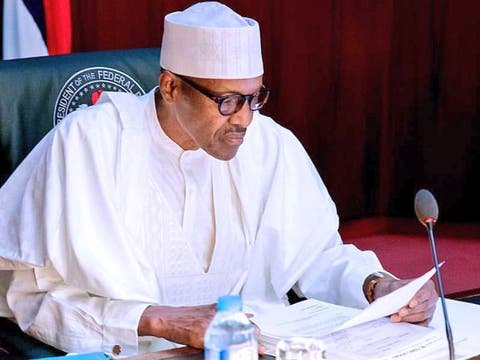 In the meantime, NMA and the federal government would this week come to a compromise on insurance package and other incentives for doctors fighting COVID-19 in Nigeria.

In an exclusive interview with Source yesterday, NMA President, Dr. Francis Faduyile, said many NMA members at the frontline of the battle against COVID-19 were unhappy with their present situation, but that there was hope.

He said: “The Chairman of the Presidential Task Force on COVID-19, Mr. Boss Mustapha, has informed us that the federal government was working on an insurance package and other incentives for everyone on the frontline, including doctors and other health workers.

“It is too early for us to say how well the federal government has gone on the package for our members and other health workers, so we are not clear yet what the packages are. However, we are hoping to discuss with the PTF chairman this week. In the course of the week, we shall finalise on this.”

He said the federal government had also promised to improve the relationship with the association this week, adding that it hoped things would get better in the coming days.

Speaking on the viral video where the Minister of Health, Dr. Osagie Ehanire, was reported to have said he was not aware if the health workers were being paid hazard allowance, he said he had watched the full clip and that it didn’t appear the minister made the comment in relation to health workers in the hospital.

“I watched the full clip of the interaction the minister had with the Speaker of the House of Representatives, Hon. Femi Gbajabiamila, at the National Assembly. He was talking about those checking temperature at the Port Health Service.

“But even at that, the issue of compassion and being able to take care of doctors and other health workers should be important to the leadership of the health ministry.
“There is no time more important for the Ministry of Health to think about the country’s health workers than now, especially because we are fighting the coronavirus pandemic at this time,” he said.

Meanwhile, Lagos State Government has discharged five more COVID-19 patients from its isolation centres, bringing to 55 the total number of successfully managed cases in the state.

Announcing this yesterday, the Incident Commander on COVID-19 in Lagos State, Governor Babajide Sanwo-Olu, said the discharged patients include four females and one male.

He said: “With the newly discharged patients, we now have a total of 55 people that have been successfully managed for COVID-19 at our isolation facilities and discharged to the community
“This news, especially on this important day gives me joy and I am sure it does the same to you too.

“While we look forward to more great news from our effort to contain COVID-19, let’s continue to do the right thing. Stay at home, practice social distancing, observe the highest possible personal hygiene and report suspicious cases to the appropriate persons.”

In a related development, Nigeria’s COVID-19 cases rose by five last night to 323.

Out of the five new cases, Lagos recorded two; Kwara two; and Katsina one.
A breakdown of the figures showed that Lagos had 176 cases, FCT had 56, Osun 20, Edo 12, Oyo 11, Ogun seven, Bauchi and Kaduna six each, Akwa Ibom five, Katsina five, Delta three, Kwara four, Enugu, Ekiti, Rivers, and Ondo two each, while Benue, Niger, Anambra, and Kano had one each.

In another development, no fewer than 23 persons yesterday arrived from Lome, Togo to Nigeria.

The returnees were received by officials of the Nigeria Immigration Service (NIS) at Seme-Krake Joint Border Post.

“The Comptroller General of NIS, Muhammad Babandede, on receiving the report of the returnees directed that the Control post carry out proper profiling and documentation of the returnees who were 23 in number with the following breakdown: Anambra – six, Ogun – three, Delta – three, Edo – two, Imo – two, Oyo – one, Benue – one, Abia – one, Enugu – one, and Ekiti – one. They were properly screened by WHO and Port Health Officials before the NIS profiling.

“The returnees were handed over to Lagos State Government Ministry of Health Officials for onward processing in line with NCDC health procedures for returning Nigerians.”

Meanwhile, a former military president, General Ibrahim Badamasi Babangida (rtd) has called for more collaborative efforts on the part of all stakeholders for the containment of the pandemic in the country.

Babangida made the call in a statement made available to journalists in Minna yesterday in which he also called for synergy between the federal and state governments in their plans to check the spread of the pandemic.

Although Babangida said the figure of those concerned had continued to rise, he commended the three tiers of government “on the efforts so far made towards managing the spread of COVID-19 in Nigeria.”

However, the presidency has said it’s taking a two-step approach in response to the COVID-19 outbreak in the country.

In a tweet yesterday, the presidency said the president was taking the approach as a national response to COVID-19.

“In Nigeria, we are taking a two-step approach. First, to protect the lives of our fellow Nigerians and residents living here, and second, to preserve the livelihoods of workers and business owners,” it said.

“I loved The Dog Sex, Anytime I See Any Dog I Begin To Get Wet”- Nigerian lady reveals (Screenshot)

Relationship adviser and psychologist Joro Olumofin has broken the internet with a shocking story of bestiality involving a seemingly young lady. According to the story, ... Read More

Colleagues of Fox News anchor Chris Wallace defended him as President Trump lashed out at the journalist for being critical of his administration. On Sunday, ... Read More